American muslims support jihadists in a more active way, according to the poll conducted by Frank Gaffney's Center for Security Policy. 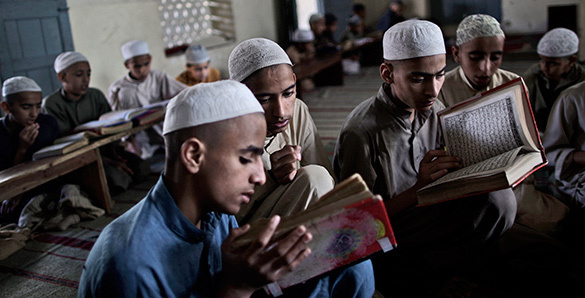 The majority of the surveyed Islamites, that is 51%, claimed that the American muslims should live under shariah law. They also noted, that they should have their own tribunals to apply shariah.

Only 39% of those polled said that Muslims in the U.S. should be subject to American courts.

What is more troubling, nearly a quarter of the Muslims polled believed that, "It is legitimate to use violence to punish those who give offense to Islam by, for example, portraying the prophet Mohammed."

Nearly one-fifth of Muslim respondents said that the use of violence in the United States is justified in order to make shariah the law of the land in this country.

According to the CSP President Frank Gaffney, the number of Muslims in the United States was 2.75 million in 2011, and growing at a rate of 80-90 thousand a year.  If those estimates are accurate, the United States would have approximately 3 million Muslims today.  That would translate into roughly 300,000 Muslims living in the United States who believe that shariah is "The Muslim God Allah's law that Muslims must follow and impose worldwide by Jihad."

Pravda.Ru has alrady reported on a same poll conducted in Britain by ICM Research. One in ten turned out to support the ISIS group, despite its cruel measures and terror acts.