More and more foreign politicians lose the trust of population and risk losing much more. The British and American citizens do not face the future with confidence. Now, the Japanese residents join them. 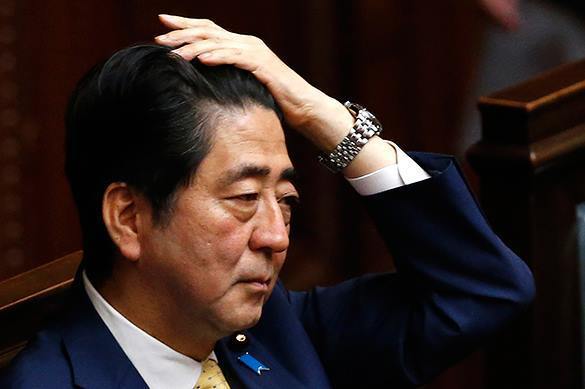 According to a poll conducted by Mainichi Shimbun, the Prime Minister Shinzo Abe's approval rating dropped to 35%.

This is a record low index for the head of the Japanese government, which he obtained after adoption of the controversial security bills.

The bills allow Japan to exercise the right of collective self-defence.

Pravda.Ru has reported that the Russian President approval rating keeps being stable high.

According to the latest opinion poll, 76% of the Russians are determined to vote for the current President, in case of elections.

The same results are provided by the American Pew Research Center. As it states, 83% approve Vladimir Putin's current strategy.