ISIL to behead Statue of Liberty

While the ISIL kept up committing their atrocities around the world, Pentagon made no official condemnation of the conduct. 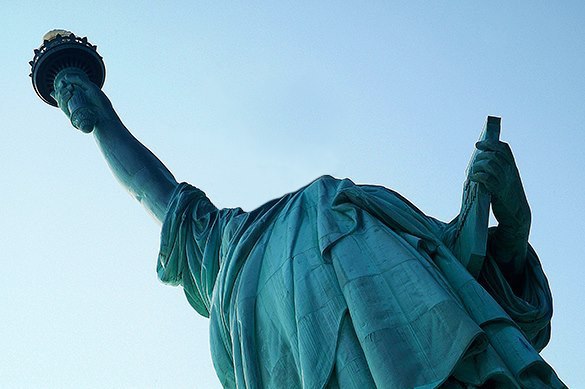 It did not rush the US army into the Middle East to fight against extremists either.

Jihadists, meanwhile, were killing women and children for 'sorcery', crucifying for eating at daylight, and destroying world sacred places.

The recent message however, released by the terror organization should make the US Department of Defence react more decisevely.

The terror group has announced it will behead the Statue of Liberty.

A graphic depicting a headless Lady Liberty clutching an ISIS flag with the New York skyline smoldering in the background was reportedly posted on Twitter.