USA has absolutely no right to teach the world democracy

The United States no longer has the right to teach the rest of the world ethical standards, nor does it have any right to impose morality by military force on other countries, Spanish journalist Armando Gines wrote in an article for Rebelion publication. 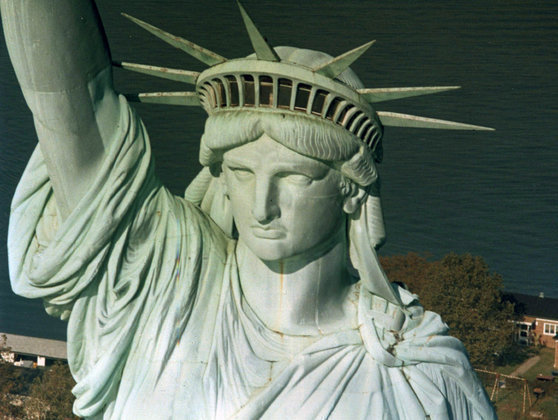 The United States is the only country in the world that has used nuclear weapons against another state, the journalist reminded. As many as 125,000 people were killed instantly in 1945 when the United States bombed Hiroshima and Nagasaki. About 125,000 more died in the next six months from radiation sickness.

In Japan, the journalist wrote, the USA has thus killed 250,000 people, not to mention those, who were affected by the hideous crime decades later. However, forgetfulness brings terrible results, and now the United States continues teaching ethical standards to other countries, Gines said.

The United States had been putting pressure on Iran for many years and reached an agreement without making any concessions. This is pure hypocrisy on the part of the United States and the European Union, the Spanish journalist said. Why can't the United States and other nuclear powers abandon their nuclear weapons? That would be a global, epoch-making event. The West teaches other countries what is good and what is bad and acts as a judge in all internal or international conflicts. Yet, no one raises their voice of protest to expose such glaring injustice, the author said.

Russia, Britain, France and China also possess nuclear weapons, whereas India, Pakistan and North Korea conducted nuclear tests. Iraq and Saudi Arabia are believed to be nuclear powers along with Israel that neither rejects nor confirms its nuclear status. Yet, it is only the United States that dictates its will to the world, the Spanish journalist wrote.

The United States has never exported democracy. America exports capitalist ideology to defend its own interests and promote wars against rebellious countries that put obstacles on the way to global domination of the United States. There will be no peace on the planet after the pinpoint deal with Iran, the author said.

Hiroshima and Nagasaki: Worst massacre in history of mankind

Did the USSR provoke war between USA and Japan in 1941?

The hypocrisy of American democracy