The Canadian newspaper Toronto Star has conducted its own investigation, and found out, that the Ukrainian radicals were hiding in the building of the Canadian embassy during the Kiev riots in 2014. 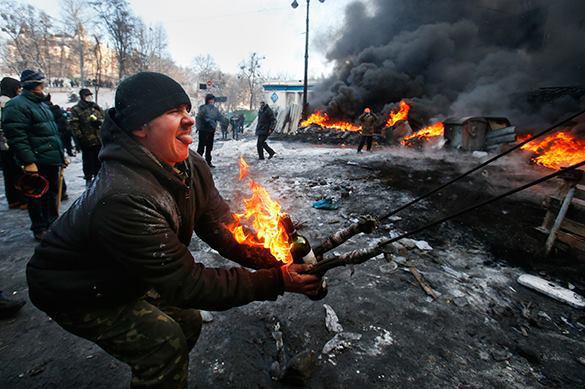 Although the Canadian diplomats deny it now for political reasons, the situation developed like this. One of the protestants ran up on the embassy gate with a Canadian passport, but after the staff members opened the gate, a crowd of Ukrainian citizens rushed into, armed with improvised means.

Roman Vashchuk, Ambassador of Canada to Ukraine admits that a group of protestants was hiding on the territory of the embassy at the time.

According to him, they stayed there for some days, caused no losses and left flowers when leaving.

The Ukrainian Ministry of Foreign Affaires has previously claimed, that the protestants had destroyed the embassy, and stolen a car, used as a battering-ram and being burnt later.

Now, the Ukrainian and Canadian representatives claim, that the car was used to transport those injured.