The photo of Levent Aydın, the honorary consul of Ukraine in Turkey, taking part in an official event in a T-shirt with Putin image has hit the internet. Inscription under the image also states: 'politeness - is our everything'. 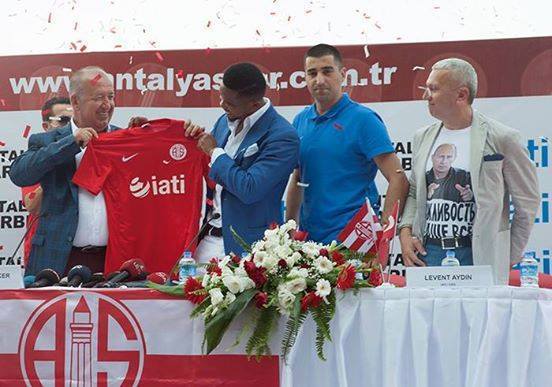 The photo was taken during the presentation of a footballer Samuel Eto'o, who signed a contract with the Turkish professional football club Antalyaspor.

The photo published in Facebook by a Turkish journalist brought a storm of protest, calling it a treason.

Some Ukrainians say it's a shame, and claim, that such a man can not present the country. They also call on badgering the consul, who has 'betrayed' them.

The journalist, who published the photo, also wonders, whether there's no person in Turkey, who would hate Russia, as Ukrainian 'patriots'.

It's not the first case of the Ukrainians, who represent the country, making the public appearance in T-shirts with the Putin image. Previously, Aleksey Oleinik, mixed martial artist came to the pre-fight weigh-in event in such a T-shirt, to highlight his stance, different from that of the aggressive anti-Russian policy.