'Husband' and 'wife' words to be illegal in US

After the same-sex marriages legalization in all the US states, the law is suggested to be extended. 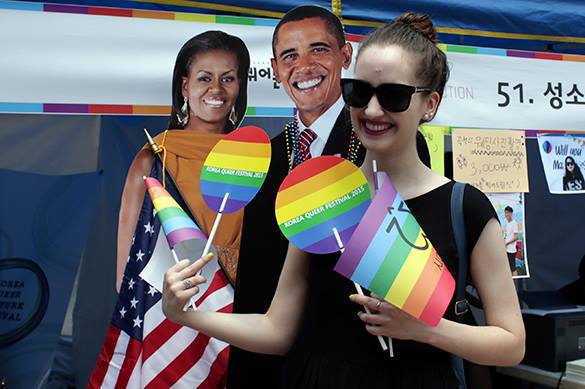 A 77-year-old Lois Capps, member of the US House of Representatives from California, has applied to eliminate such terms as "wife" and "spouse" from the federal law, so that, gays and heterosexuals will have equal rights.

Instead, neutral "spouse", or "married couple" may be used, not to discriminate the LGBT community.

California has already adopted the initiative.

Pravda.Ru has reported, that such terms as "mother" and "father" are illegal in the US since 2011. It was noticed by the State Department, that more and more same-sex couples raise children.

In case of Clinton's winning presidential elections in 2016, Bill Clinton may be called as the "first spouse".

Similar measures have been introduced by the Royal Bank of Scotland, that decided to address the clients as Mx (Mixter), instead of gendered Mr, Mrs, Ms or Miss.