US Senator requires 20,000 troops sending to Iraq and Syria

Lindsey Graham, presidential nominee in the US 2016 elections slated his colleagues from the Republican party for condemning the American military expansion in Iraq. 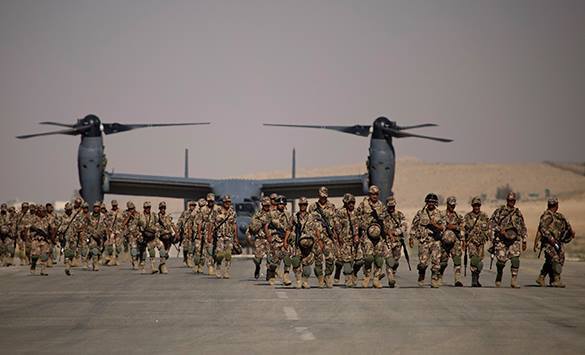 The Senator himself calls for sending 10,000 more US troops to Iraq and Syria each.

In his first major foreign policy speech as a candidate, Graham said the next president must be prepared to send thousands of U.S. troops back to the Middle East to deal with a twofold threat: the metastasis of Islamic terrorist groups and the growing influence of Iran. He raised specific concerns about comments from Sens. Ted Cruz and Rand Paul, two Senate colleagues and presidential aspirants who he said do not understand the dynamics of the region.

He noted at the Atlantic Council that he had been to the Middle East at least 35 times, "busting my butt to understand what's going on on the ground."

"They know me and I know them," he said of leaders in the region.

While President Obama said on Monday that, "we're starting to see some progress" in the fight against the Islamic State (IS) terrorist group, Graham said the president "consistently oversells our success and minimizes the threats to the nation."

Also read: US failure in Iraq and Syria: troops on the way?