Tunisia puts a wall on border with Libya to stop terrorists 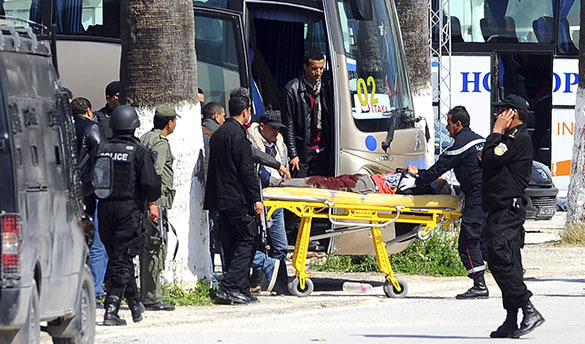 After a terror attack in the Sousse resort, local authorities have set to the construction of a wall on the border with Libya.

Prime Minister Habib Essid claimed, that the wall will prevent the Islamic State terrorists from penetrating Tunisia from the neighbouring state. The IS controls several regions in Libya on the border with Tunisia.

Essid said, the the construction has already begun, and they are digging a ditch along the whole border with Libya. Length of the wall will make up 168 km, and the construction will have been finished by the end of 2015.

Essid also warned that protecting the border would be "difficult, very difficult."

Also read:Hungary to set anti-migrant fence on border with Serbia