Hungary to set anti-migrant fence on border with Serbia

The Hungarian parliament approved building a fence on the border with Serbia. 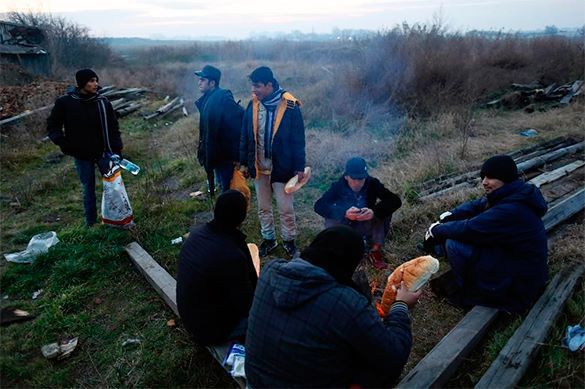 Four-meter-high fence is intent on protection from migrants.

Victor Orban, the Prime Minister of Hungary claimed that the country faces the biggest ever wave of migration, and the capacity is overcharged 130%.

According to the Hungarian Office of Immigration and Nationality (BAH) as much as 57,000 people have crossed into Hungary illegally so far this year.

"The EU's countries seek a solution, ... but Hungary cannot afford to wait any longer," Foreign Minister Peter Szijjarto said. "We are talking about a stretch of border 175 km long, whose physical closure can happen with a four-meter high fence," he added.

151 parliamentary deputies voted for the construction, while only 41 voted against it.

Budapest is also going to prepare a range of other strict measures. Application rules for the asylum will be more severe, and migrants will be held in temporary camps. Right of appeal will be also limited.