The Pentagon, seriously concerned of Russian and Chinese new space developments, is intent on creating a special Space-War centre. 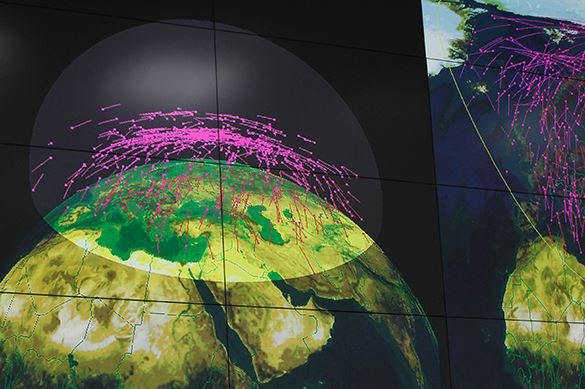 Along with intelligence communities the Pentagon plans to create the new centre at Vandenberg Air Force Base, California in six months.

It will collect data from the US satellites belonging to all government agencies, according to Robert Work, the US Deputy Secretary of Defense.

As he stated, "the ugly reality that we must now all face is that if an adversary were able to take space away from us, our ability to project decisive power across transoceanic distances and overmatch adversaries in theaters once we get there ... would be critically weakened."

Air Force Secretary Deborah James is reported to be the "principal space advisor" to Defense Secretary Ashton Carter, where she will to provide "independent advice separate from the consensus process of the department."

New tactics are meant to help the military and government coordinate their preparations for and responses to any attack, Courtney Hillson, a spokeswoman for Work said.

"If Russian soldiers are snapping pictures of themselves in war zones and posting them in social media sites, we want to know exactly where those pictures were taken," Work said.

"If a ship that we suspect might be carrying illicit materials, we want to know how deep it's sitting in the water so we can know how much cargo it's holding," said Work. "On top of all of that, we need this information more quickly than in the past."

The Americans regarded new Chinese missile, able to reach any target at 35,000 km above Earth, as a direct threat. That is the distance the US satellites are placed at.

Russia has also sparked panic in the US after developing new satellites called "killers", that can approach alien objects and destroy them in different ways.