A 92-year-old blind woman has been arrested in Denton, Texas, because of protests against fracking. 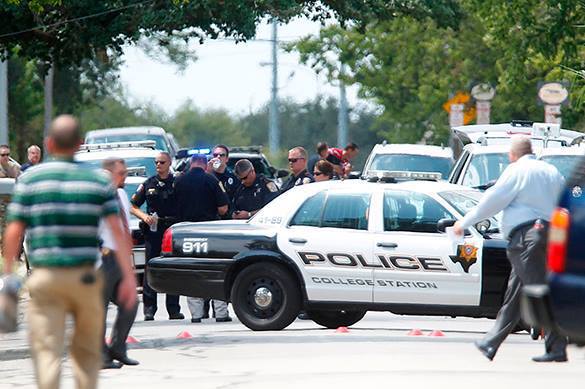 Violet Palmer was engaged in peaceful protests with her 64-year-old son against local gas and oil legislation.

The son chained himself to the gate of the Vantage Drill company with his blind mother seating next to him in a rocking chair.

After feeling the great-grandmother was not a threat to their safety, the police officers released her from the Denton jail. Her son was released on a $500 bond on charges of trespassing and a bond of $1,000 for obstructing the highway, according to court records.

While Violet Palmer said that the she appreciated being treated by the police and judge with relative kindness, she was appalled that the will of the people could be so easily usurped, regarding the voter-approved fracking ban.

"I didn't think it could happen here," she claimed. "To have their vote just taken away, just destroyed, ignored, destroyed, and it was very upsetting."

The family of the 92-year-old great-grandmother said she has never been arrested in her life, nor even gotten a speeding ticket, but chose to engage in an act of civil disobedience as a means of bringing attention and awareness to the state's usurping of the people's will for that of monied special interests.

Violet Palmer says, "This is not about my age. This is about my vote." Protestors have vowed to continue their protests to stop the fracking from taking place in their community.