Israel uses a very unusual weapon on the West Bank village of Bilin. Reportedly, Israeli troops use smelly skunk water on Palestinians, The Economist reports. Interestingly, after mass riots in Ferguson and Baltimore, US law-enforcement agencies evince interest in purchasing skunk water from Israel. Supposedly, the weapon will thus provide a better way to scatter protesters without causing them any bodily damage, Pravda.Ru says. 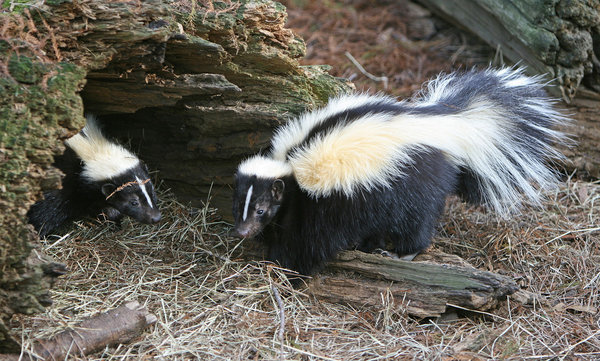 Developed by Odortec, an Israeli company that specializes in scent-based weapons for law enforcement, in collaboration with the Israeli police, skunk water emits a stench that has been described as a cross between a rotting animal corpse, raw sewage and human excrement. The smell is so strong that Israeli police refuse to store the substance inside their stations.

Released at high pressure from a water cannon attached to the top of a military truck, the skunk odor sticks to walls, clothing, hair and skin for days and is impossible to wash away. Ramallah-based activist and writer Mariam Barghouti once told The Electronic Intifada's Patrick Strickland that "the water lingers on your skin to a point when you want to rip your skin off."

First used by Israeli border police officers in 2008, skunk water has become a fixture in villages that engage in weekly demonstrations against the Israeli wall in the occupied West Bank. It's also frequently deployed againstPalestinian neighborhoods in occupied East Jerusalem, where there is a concerted effort by the Israeli government to remove and replace Palestinian residents with Jewish settlers.