Obama: I made United States most respected country on earth

US President Barack Obama said that his administration has retrieved the reputation of the United States as "the most respected country on earth." Obama made the statement while answering questions with YSEALI Fellows, an exchange program for community leaders from ASEAN, The Association of Southeast Asian Nations on Monday. 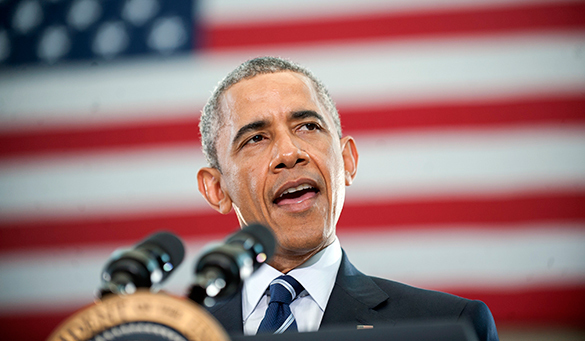 Also read: How Obama is driving America to chaos

"People don't remember, but when I came into office, the Untied States in world opinion ranked below China and just barley above Russia, and today once again, the Untied States is the most respected country on earth. Part of that I think is because of the work we did to reengage the world and say we want to work with you as partners with mutual interests and mutual respect. It was on that basis we were able to end two wars while still focusing on the very real threat of terrorism and try to work with our partners in Iraq and Afghanistan. It's the reason why we are moving in the direction to normalize relations with Cuba and the nuclear deal that we are trying to negotiate with Iran," Obama said.

Would you say that the USA has indeed become the "most respected country on earth?" What do you think the Obama administration has turned the US in?