As the gap between the rich and the poor is the widest for the last 30 years and continues to grow, the elites of the world building up their wealth, seem to be obsessed with the fear of death. 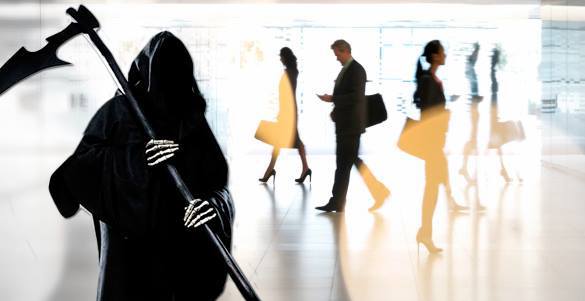 Most of the time and energy they spend to protect themselves, point at their panic fear for their life.

Enclosing themselves with numerous bodyguards appeared to be out of date.

Moreover, they tend to buy private islands on the other side of the world. the president of the Institute of New Economic Thinking, Robert Johnson, told a packed audience in Davos, "I know hedge fund managers all over the world who are buying airstrips and farms in places like New Zealand because they think they need a getaway."

But the most impressive are the enormous investments of hundreds of millions of dollars into life extension technologies and research. Despite all of their wealth and influence, death is something that they cannot escape.

The entrepreneurs are driven by a certitude that rebuilding, regenerating, and reprogramming patients' organs, limbs, cells, and DNA will enable people to live longer and better. They are funding engineering microscopic nanobots that can fix your body from the inside out; figuring out how to reprogram the DNA you were born with; and exploring ways to digitize your brain based on the theory that your mind could live long after your body expires.

Many among the elite believe that the "transhumanism" movement will eventually allow them to completely merge with technology and essentially become part-human or part-machine cyborgs which will have indefinite lifespans.

Yuval Noah Harari, a professor at the Hebrew University of Jerusalem, said the amalgamation of man and machine will be the 'biggest evolution in biology' since the emergence of life four billion years ago.

However, the elites don't intend it for the rest for the world. If everyone was allowed to radically extend their lifespans, that would make our "overpopulation" problem far worse according to them. The population of the planet is to be stabilized around 500 million people, which represents a more than 90 percent reduction from today.