A declassified document from the Defense Intelligence Agency has provided confirmation of the US and NATO direct support for the ISIS and Al-Qaeda. 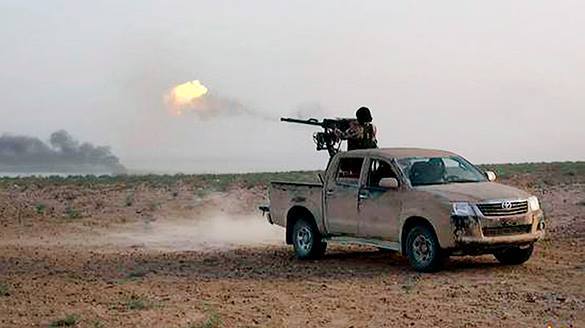 The documents became known to public due to a lawsuit filed against the US government within the Benghazi scandal.

The received data crushed the official story of Western governments promoted from the beginning of the Syrian crisis. The document states unequivocally that "The Salafist Muslim Brotherhood, and AQI are the major forces driving the insurgency in Syria." It points out that "The West, Gulf countries, and Turkey support the opposition; while Russia, China, and Iran support the regime." It is reported that "AQI supported the Syrian opposition from the beginning, both ideologically and through the media". The documents clearly admit that the crisis unfolding in Syria was never a moderate rebellion fighting for democracy, it was made up of fighters from the Muslim Brotherhood and al-Qaeda.

"Opposition forces are trying to control the eastern areas, adjacent to the western Iraqi provinces, in addition to neighboring Turkish borders. Western countries, the Gulf states and Turkey are supporting these efforts," the document states.

Thus, as "opposition forces" are al-Qaeda, al-Nusra Front, and ISIS, as mentioned and defined earlier by the DIA document, any questions of whether or not the US and its NATO allies have been supporting jihadists and terrorists, should be answered with the admissions made within these pages.

What is also well-known but now finally admitted by the US government itself is the plan to establish "buffer zones" and "safe zones" on the Libyan model inside Syria.

"If the situation unravels there is the possibility of establishing a declared or undeclared Salafist principality in eastern Syria, and this is exactly what the supporting powers to the opposition want, in order to isolate the Syrian regime, which is considered the strategic depth of the Shia expansion (Iraq and Iran)."

As the DIA document admits, the expansion of the ISIS principality is taking place with the support and assistance of Western powers. These fighters certainly could never have held such territory if Western military assistance, Saudi money, and Turkish/Israeli logistics and intelligence had not been provided to them.

Instead of attempting to combat Iran's influence in a race for development and the raising of living standards, the West funds jihadist savages to behead and rape their away across civilized nations. This is because the goal is not merely to disrupt Iranian influence, it is to destroy Iran completely.

As Tony Cartalucci says, "the Syrian war is one leg of a much larger agenda to destroy Iran next, then move on to Russia and China. Combined with the Syrian campaign, the West has attempted to create arcs of destabilization across Eastern Europe, Central Asia, and completely encircling China in Southeast Asia.

Destruction at the hands of terrorists the US is openly backing after claiming for over a decade to be "fighting" is a harbinger of the destruction that complacency and failure to resist will bring all other nations caught in the path of these special interests. Nations not immediately caught in the grip of chaos created by this conspiracy must use their time wisely, preparing the appropriate measures to resist."

Also read: Iran accuses US of creating IS to redraw the map