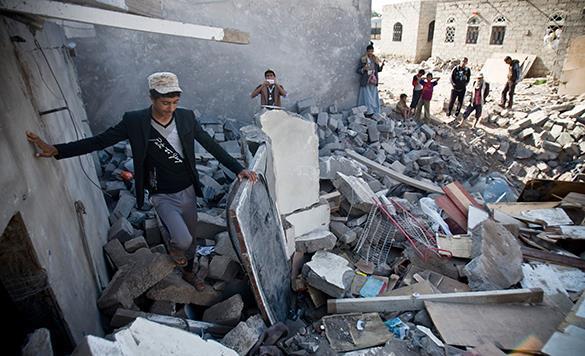 Saudi Arabia uses US-supplied cluster munitions in the operation to bomb the positions of Yemeni rebels. The use of such munitions comes as a violation of an international arms treaty, Human Rights Watch said Sunday.

According to the group, there is "credible evidence" that cluster bombs have been used in recent weeks as part of coalition airstrikes in Yemen's northern Saada governorate, a Houthi stronghold that borders Saudi Arabia.

According to the HRW, the weapons landed on a "cultivated plateau, within 600 meters of several dozen buildings in four to six village clusters."

Cluster bombs pose a long-term threat to civilians. The bombs are designed to explode after spreading over a wide area. The submunitions may often turn into land mines as they do not explode on the ground, Pravda.Ru reports.

Over one hundred countries banning the use of cluster munitions under the 2008 Convention on Cluster Munitions. However, the United States, Saudi Arabia, and Yemen abstained from signing the document, Pravda.Ru says.