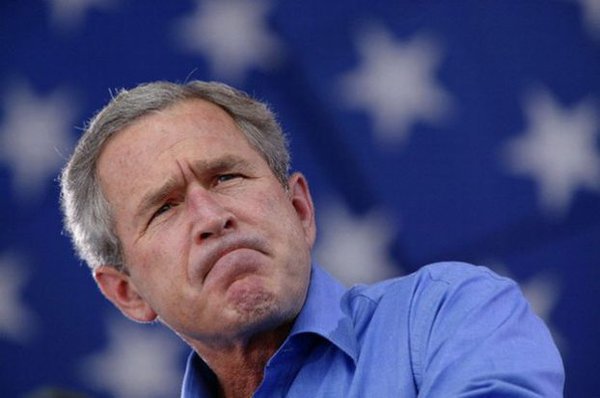 On Monday night, unidentified individuals in Tbilisi, the capital of Georgia, painted over a banner with a picture of former US President George W. Bush. The inscription with the name of the street and the face of the American policy-maker was covered with paint, Interfax reports.

The banner is located on the street that is named after George W. Bush in the capital of Georgia. The street was renamed during the presidency of Mikhail Saakavshili, Pravda.Ru reports.

Officials as the mayor's office condemned the act of vandalism and plan to replace the banner with a new one, Pravda.Ru wrote.

It is worthy of note that George W. Bush makes portraits of the leaders of other countries regularly. The list of his works includes portraits of Jeb Bush, Russian President Vladimir Putin, former British PM Tony Blair and others.