Committing atrocities in Yemen The US pretend that it's Iran's fault

In his interview with PBS Newshour, Secretary of State John Kerry blamed Iran of the destabilization of Yemen. But Iran doesn't interfere into the conflict in Yemen and doesn't bomb its territory, but the ally of Washington - Saudi Arabia does. 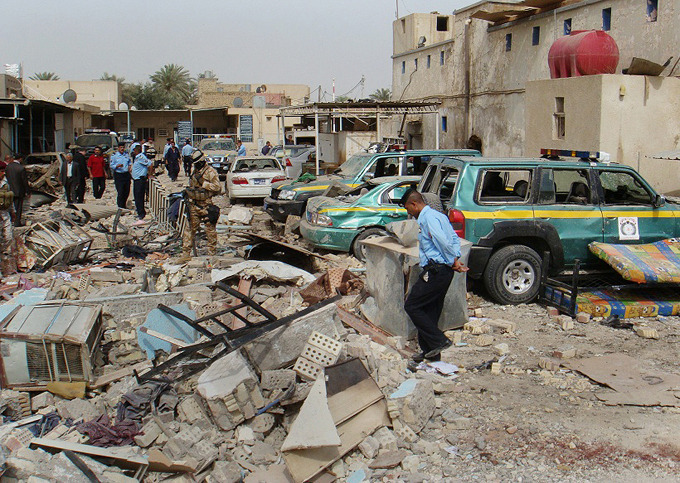 It is strange that Kerry ignore the role of Saudi Arabia and other Gulf monarchies in the catastrophe unfolding in Yemen. This means the support of Kerry of Saudi Arabia despite the fact that Saudi bombing campaign led to civilian death, a flow of refugees and destabilization of the poorest country of the Arab world. And this support extends far beyond mere words.

The Obama administration is now fully backing the Saudis with intelligence and equipment as the Gulf Arab powerhouse rains bombs down on Yemen. At a time when the Gulf states are concerned with the U.S. nuclear deal with Iran, the Obama administration is showing the Saudis that it will still back them in a chaotic Middle East, no matter how flawed and brutal their military adventure is. At the same time Kerry made it clear that US administration doesn't hold any responsibility for the disaster in Yemen, but appoint Iran guilty. And people of Yemen are paying the price.

By UN official estimates 650 people were already killed, over 100 000 civilians are displaced. The southern city of Aden is in ruins and there are shortage of electricity and water. Pravda.Ru mentioned before that these figures are not finally confirmed. By the sources in Yemeni army the bombardments led to the deaths of 2500 Yemenies.

Yemen's democratic uprising was massive, touching on every social sector in the country. It sparked a schism in the Yemeni military which led to gun fights between pro-regime and anti-regime factions of the armed forces. To stave off a prolonged crisis and civil war, the United States and its oil-rich Gulf Arab allies brokered a compromise to ease Yemen's long-standing president, Ali Abdallah Saleh, out of office. They installed Abd Rabbuh Mansour Hadi in his place. A national dialogue with many of Yemen's groups ensued. The end goal was to recommend a path forward for the country after the revolt.

But a powerful group, the Zaydi revivalist Houthis, felt they were left out. Some Southern Yemenis, who have been discriminated against by Northern Yemen (North and South Yemen unified in 1990), were also angry at the national dialogue process. But the Houthis, who espouse anti-imperialist, pro-Islamist politics, took the most decisive action, sparking the current war in Yemen.