The situation in the center of Kiev, next to the building of the Verkhovna Rada of Ukraine, remains intense. The meeting of the Ukrainian Parliament began with a scandal, as Svoboda (Freedom) MPs, as well as their non-affiliated colleagues, blocked the rostrum. 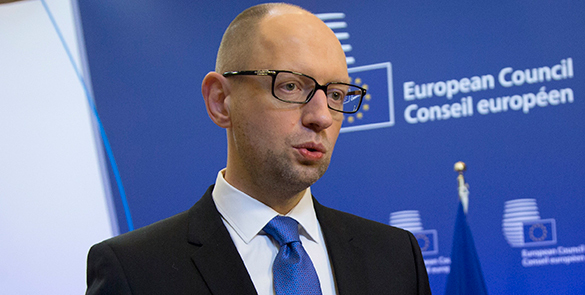 They demanded a special commission be established to investigate corruption in the Ukrainian government. In addition, they want Ukrainian Prime Minister Arseny Yatsenyuk to resign. Yatsenyuk was not present at the meeting.

The situation is even more intense outside. Several armored vehicles, riot police and soldiers of the Ukrainian army appeared near the building of the Verkhovna Rada of Ukraine, Pravda.Ru reports.

Hundreds of people have gathered on the square in front of the parliament, many holding flags of the Svoboda party. Representatives of the party demand Yatsenyuk be suspended from duty during the investigation.

Meanwhile, Yatsenyuk's colleagues from the Popular Front claimed that it was "agents of the Kremlin," who wanted Yatsenyuk out of the government.