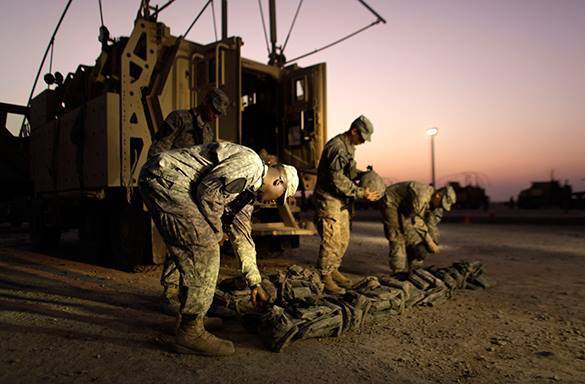 Next summer, starting from July 15, US forces may launch military exercises in the states of Arizona, Colorado, Texas, Utah, Nevada and California. Jade Helm, a representative of the US Army Command, stated that the drills would come as a response to the recent statement from the Speaker of the Parliament of the Russian Republic of Chechnya, Dukuvakh Abdurakhmanov, who said earlier that Chechnya could start arms shipments to Mexico, should the United States decide ship lethal weapons to Ukraine, Pravda.Ru reports.

Abdurakhmanov also said that he hoped the weapons would spark disputes over "territories annexed by the United States in the American states of California, New Mexico, Arizona, Nevada, Utah, Colorado, and part of Wyoming," providing a U.S. history lesson by invoking "the annexation of Texas in 1845, the negotiation of the Oregon Treaty with Great Britain in 1846, and the conclusion of the Mexican-American War in 1848, which ended with the signing and ratification of the Treaty of Guadalupe-Hidalgo in 1848."

Noteworthy, many US and foreign politicians believe that the above-mentioned drills would be conducted as a cover up to impose martial law in the aforementioned states. However, Lt. Col. of US Armed Forces, Mark Lastoria, stressed that it would be "routine training to maintain a high level of readiness for Army Special Operations Forces because they must be ready to support potential missions anywhere in the world on a moment's notice."

As part of the drills, US soldiers will train in "large areas of undeveloped land with low population densities," and will work with "civilians to gain their trust and an understanding of the issues," official documents said, Pravda.Ru reports.

It is worth noting that official spokesman for Russian President Vladimir Putin, Dmitry Peskov, commenting on the above-mentioned statement from the Chechen politician, excluded a possibility for Chechnya to ship weapons to Mexico. According to Peskov, the republic can not do it single-handedly, because such actions can be conducted only with the permission from the Russian Defense Ministry, as well as approval from both the government and the president of the Russian Federation in accordance with Russian law.

The map of the planned exercises has already appeared on the Internet.