Obama to cut military pensions by 20%. US soldiers should know what they fight for

US President Barack Obama said that he supported recommendations to cut pensions for military veterans by 20 percent. The saved assets would be used for bonus rewards for the US servicemen who leave before 20 years of service. 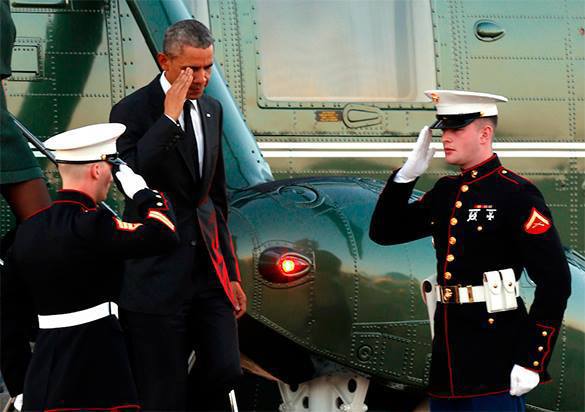 Obama said that such changes would support the soldiers, who currently serve for their motherland, as well as their families. According to Obama, Congress would approve the final decision on the question on 30 April 2015, Pravda.Ru reports.

Also read: Understanding Obama and other people who kill

In accordance with recommendations of a military commission, anyone who has served 20 years or more will continue to receive full retirement benefits.

Will there be any benefits, though? It just so happens that many US servicemen, who had served in the Middle East and Iraq, would lose a part of their pensions. Noteworthy, many of them suffer from harmful effects of chemical weapons that the US Command and the CIA had used during operations in the Gulf.