NATO Secretary General Stoltenberg: Russia did not have the right to sign alliance treaty with South Ossetia

NATO Secretary General Jens Stoltenberg stated that the treaty of alliance and Russia's integration with South Ossetia that presidents Vladimir Putin and Leonid Tibilov signed on March 18, 2015 in the Kremlin, was a brazen violation of international law, as well as a violation of Georgia's sovereignty. 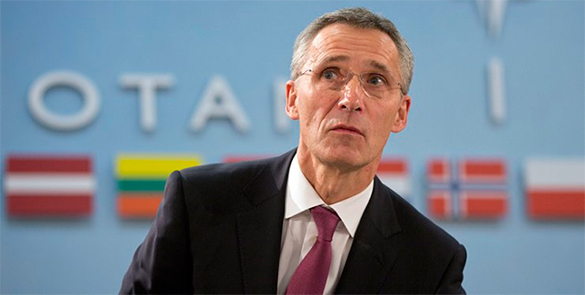 "This so-called treaty is yet another move by the Russian Federation that hampers ongoing efforts by the international community to strengthen security and stability in the region," Stoltenberg said in a statement. According to him, NATO did not recognize the treaty, Pravda.Ru reports.

Presidents of Russia and South Ossetia, Vladimir Putin and Leonid Tibilov, signed the Treaty of Alliance and Integration on March 18. The document establishes the creation of joint defense and security space, integration of customs bodies, cooperation in the field of interior affairs, free border crossing between Russia and South Ossetia, a simplified procedure for obtaining Russian citizenship and social support measures, including an increase in salaries and pensions.

The treaty has been concluded for a period of 25 years and can be renewed for decade-long periods, Pravda.Ru says.

At the end of November 2014, Putin and the head of Abkhazia Raul Khajimba also signed an agreement on cooperation and strategic partnership. The document provides for the creation of joint space in the field of defense and security. NATO did not recognize the treaty between Russia and Abkhazia either.