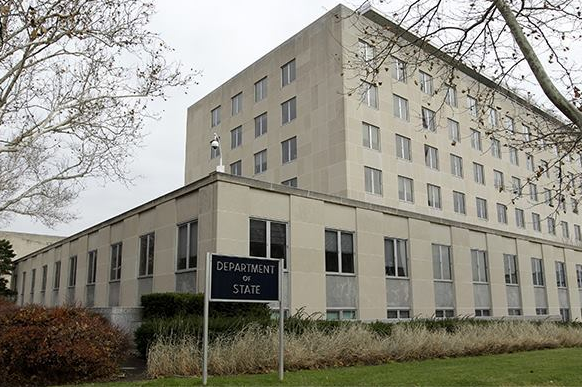 In accordance with Freedom of Information Act, US State Department officials make the worst link in the federal government, a study conducted by the Center for Effective Government said.

The State Department earned an "F" putting the agency last among 15 federal departments and agencies of the United States.

It is worth noting that none of the federal government agencies has earned an "A" this year.

The "B" grade was thus the highest - it was awarded to the Department of Agriculture and the Social Security Administration for their FOIA response performance.

The Centre also praised the National Archives and Records Administration for their updated rules for obtaining information. The new rules made the process to access necessary documents quick and easy.

As for the US State Department, it received both the lowest grade and critical remarks. "The State Department was the only agency in the scorecard whose rules do not require staff to notify requesters when processing is delayed, even though this is mandated by law," the report said.

The US federal law sets uniform standards to all public institutions. However, it appears that the State Department is not obliged to follow them.

The US State Department had 157 full-time employees in 2013 exclusively for the purpose of addressing FOIA requests from the general public. According to the analysis, each staff member had to handle 119 cases that year. But the agency still received the lowest processing score of all other federal agencies in the study.