A job ad seeking Russian and Ukrainian men for combat drills with US Marines has recently attracted a lot of public attention on the Internet. It goes about targeted training for US soldiers in military actions against Eastern Slavs, Pravda.Ru says. 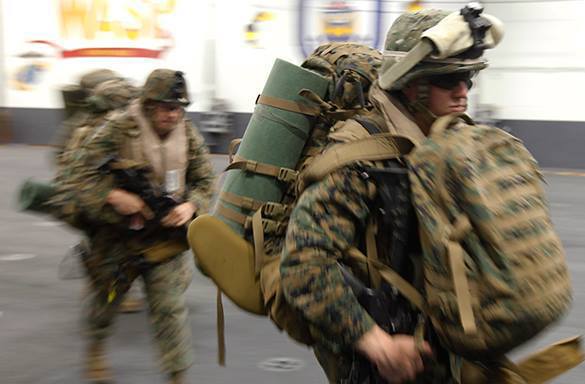 The ad requests Ukrainian and Russian speaking men between the ages of 18 and 65 to take part in an 'immersive simulation training program' with US Marines between March 29th and March 31st of 2015. This temporary position will pay these men $19 an hour for an 8 to 12 hour day shift.

Noteworthy, some people were unable to access the ad and were redirected to other web pages. A screenshot of the ad was made to expose it to the public eye, Pravda.Ru reports. 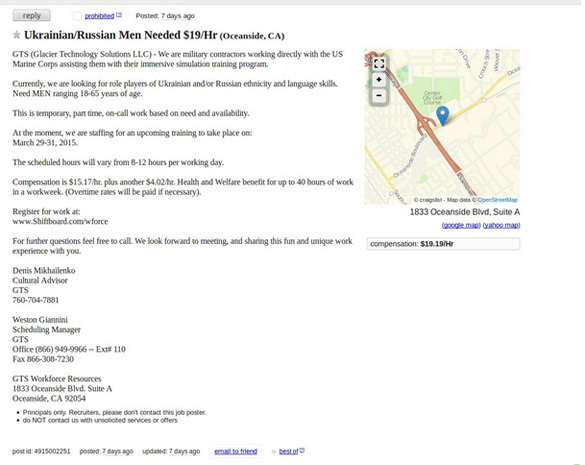 The text of the ad triggered puzzling responses and questions about preparations to World War III, which the Pentagon may probably be planning to wage against Russia. The United States continues to tease the "Russian bear" in an attempt to see what happens when the bear gets really angry.