USA and Qatar to rebrand Al-Qaeda 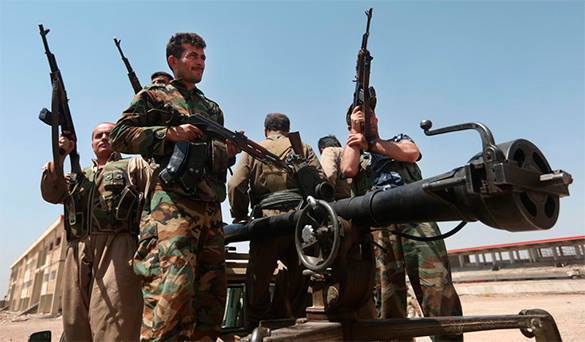 The Central Intelligence Agency of the United States plans to do the training of Syrian opposition forces on its territory. Thus, the CIA, in cooperation with security forces of Qatar, intends to confront ISIS.

Many military experts from other countries believe that the United States is thus taking another attempt to fight against the regime of Bashar al-Assad in Syria.

However, the U.S. military plans to recruit, pay and train new "moderate" rebels but the effort is starting slow. Just 100 have been vetted so far to be "moderate" enough for the program. There are simply too few non-Jihadi rebels and warlords available who are willing to die for U.S. dollars, Pravda.Ru reports.

Many opponents to the US intention to intervene in internal conflicts in different countries point out that the ISIS used to be referred to as "moderate opposition" that enjoyed Qatar's support. They believe that such an initiative is only a cover for Washington and Doha as the USA and Qatar funded both al-Qaeda and one of its main structures - ISIS.