The Heritage Foundation: US defense budget should be increased to $584bn

The US-based think tank The Heritage Foundation that studies a wide range of issues related to international politics suggested increasing the capacity of the US defense budget. 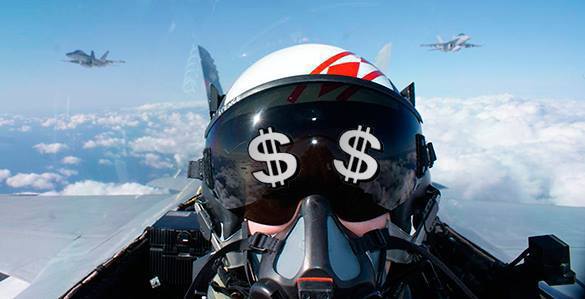 Experts of the organization believe that the US defense budget should be increased to $584 billion. They believe that the reduction of defense spending had led to the degradation of the US armed forces.

"Instead of trying to fix the nation's fiscal problems on the back of the defense budget, Congress should craft fiscally responsible spending legislation that addresses the growth in entitlement spending, cuts unnecessary non-defense discretionary spending, and increases defense spending," the strategists of the organization said.

Experts point out a negative trend in the development of defense, innovative and even economic capabilities of the United States. According to The Heritage Foundation, it is the sitting government and the international financial crisis that is to blame for the trend.

The problems in the foreign policy of the United States can not be solved without the supremacy of the defense field of ​​the country, the experts concluded.

Earlier, The Heritage Foudation said that the United States could not lead two wars simultaneously.