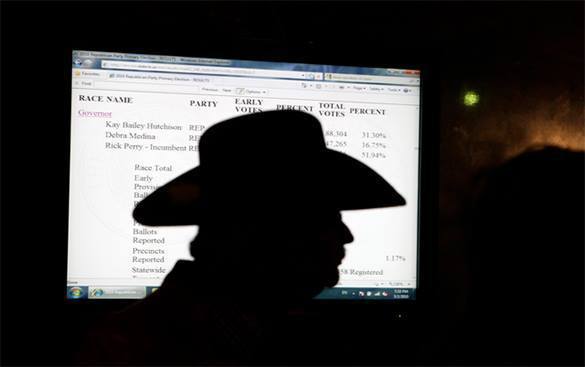 Police suddenly appeared to interrupt a typical session of the Parliament of Texas. The head of the State of Texas, senators and experts gathered in downtown Bryan, Texas, to discuss economic and diplomatic problems of the state, when local police and the FBI broke into the hall.

The law enforcers claimed that their action was legitimate. At least 20 officers corralled, searched and fingerprinted all 60 meeting attendees, before seizing all cellphones and recording equipment in a Valentine's Day 2015 raid on the Texas separatist group.

"We had no idea what was going on," said John Jarnecke, president of the Republic of Texas. According to him, the law enforcement officers had no reason for such an action.

Jarnecke suggested that the participants of the meeting were being searched and fingerprinted due to their determination to defend the independence of Texas. The officials are convinced that Texas was illegally annexed in 1845.

Such views strongly contradict to the current policy of US President Barack Obama. Therefore, the initiatives of Texas politicians can be prevented in a variety of ways, including the one that was mentioned above, John Jarnecke, president of the Republic of Texas said. "According to the U.S. Constitution, the only place any army should be is guarding our own borders, not invading and trying to impose their will on every other country of the world," Jarnecke said.