Expecting a group photo session of participants of the APEC summit, the presidents of Russia and the United States had a brief conversation. However, Putin's press secretary, Dmitry Peskov, did not have the information about the details of the meeting, he told Interfax. 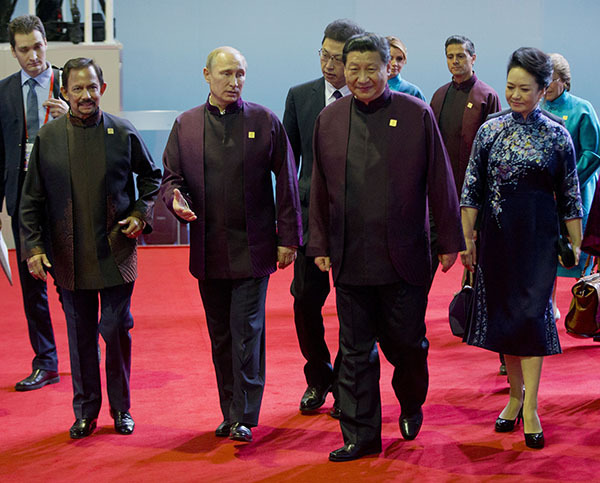 APEC leaders, traditionally dressed in national clothes of the hosting country, arrived to Aquatic Center sports complex located in the Olympic Village of Beijing. Men were offered to wear silk shirts. Presidents of Russia, the United States and Chinese leader Xi Jinping wore the shirts of burgundy colour. After the photo session, the summit members were invited to table, with Putin and Obama sitting not too far from each other, TASS reports.

The APEC Summit in Beijing lasts on November 10-11. The G20 summit will be held in Brisbane, Australia, on November 15-16.