EU may expand sanctions against Russia, but not economic ones 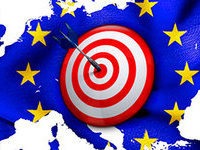 The EU Council intends to expand the list of citizens of Russia and Ukraine, who would be barred from entering EU countries before November, and whose accounts in European banks would be frozen.

According to a source in European organizations, during the meeting of representatives of 28 EU countries, it was decided that the sanctions list against citizens of the Russian Federation, in connection with the situation in Ukraine, could be extended on July 9.

At the same time, the source said, it did not go about economic sanctions, ITAR-TASS reports.

After the referendum for the Crimea and the city of Sevastopol to reunite with Russia, the EU and the U.S. adopted a package of restrictive measures. In late April, Western countries accused Russia of escalating the conflict and imposed new sanctions against it. The EU sanctions list currently has 61 names.