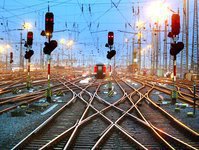 Kolesnikov and Azarov, having travel vouchers of the Kommersant newspaper, hotels bookings and 50,000 rubles each, were traveling to Donetsk, where they intended to stay for three days. However, in Kharkiv, Ukrainian border guards ordered them to disembark from the train and banned the journalists from entering the country under the pretext of the lack of funds.

"Having learned that we were journalists, Ukrainian border guards brightened up and offered us to disembark from the train with our suitcases, promising that we would go further only in the opposite direction," said Kolesnikov.

According to the journalist, "the border guards paid special attention to the Russians in the train - about five people in total." "They also detained two television journalists and another man, who was traveling from Belgorod to Donetsk to celebrate his girlfriend's birthday," he said.