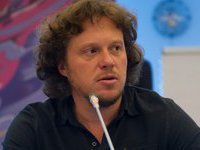 Businessman Sergei Polonsky, who was arrested by law enforcement agencies in Cambodia, called on Russian diplomats and politicians to help him.

Polonsky asks for a "lawyer, consul, ambassador, officials of the diplomatic mission, the State Duma, the Federation Council" to come to Cambodia.

Polonsky also complained that the Cambodian police did not produce an arrest warrant during the arrest. Polonsky called his detention "nonsense " and said that he had not stolen anything.