President of Belarus Alexander Lukashenko fully justifies the use of the death penalty in his country, despite the calls from the European Union to ban it. 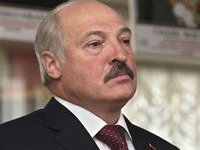 Lukashenko explained that some crimes are so grave that they can not be forgiven. In particular, the Belarusian leader recalled the terrorist attack on the subway in Minsk from April 11, 2011, when 15 people were killed. Two suspects were detained very quickly and were executed by shooting in less than a year.

In addition, Lukashenko recollected the situation in the country at the time when he became its president. It was tough measures that helped Lukashenko normalize the situation. "Offenders understand it only when you talk to them in their language," he explained.

Last week, the European Union called on Belarus to abandon death penalty. At this moment, Belarus is the only country in Europe that practices this kind of punishment.