Portuguese President Anibal Cavaco Silva called an emergency conference to discuss the future of the Portuguese government with leading parties of the country against the background of the ongoing economic crisis, Reuters reports. 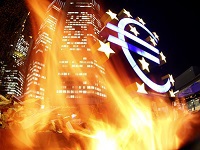 The president's main concerns are related to the that early elections could put an end to Portugal's intention to abandon international bailout.

On Wednesday, Silva met with the leader of the socialist opposition. On Thursday, he is to meet with the Prime Minister and other parties. The Constitution of Portugal implies a legitimate opportunity for the president to dissolve the parliament.

The decision to hold the above-mentioned meetings was made after several ministers of the Portuguese government decided to resign. The Prime Minister of Portugal did not accept the resignation of the Minister for Foreign Affairs.