17:46
Russian ice hockey player accused of dodging army service as he wants to sign up NHL
17:13
Czech general tells bad news to Zelensky
17:03
Protests in Uzbekistan: Authorities backpedal as 18 people killed
16:38
Zelensky's adviser says the surrender of Lysichansk is Ukraine's successful operation
16:05
Anonymous insider explains why Russia tolerates shelling of its cities by Ukraine
15:59
Mysl Polska: Ukrainian refugees see Poland as a cash cow
15:52
Kyiv responds to the neutralization of 40 Nazis with a staged video
15:22
The West gets caught in the trap of "Catch-22"
15:12
Russian Defence Minister announces Ukraine's total losses in ​​Lysychansk and Severodonetsk

Viktor Yushchenko still suffers from dioxin in his body

Former Ukrainian President Viktor Yushchenko said that he was still experiencing discomfort because of dioxin poisoning. He said that at a press conference in Kiev, answering questions about the intention of the Prosecutor General to conduct another expertise on the case of his poisoning. 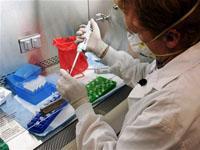 In turn, Prosecutor General Viktor Pshonka says the opposite. According to him, Yushchenko does not want to have his blood tested again, and the criminal investigation of his intoxication can be closed Trud newspaper said.

Viktor Yushchenko, who served as President of Ukraine from 2005 to 2010, had a meeting with the leaders of Ukraine's security service in Vienna in September 2004. Soon afterwards, he fell ill and was hospitalized. Medics diagnosed dioxin poisoning.

Meanwhile, the former President of Ukraine intends to establish a new rightist political force soon. The new organization, he said, would be able to overcome the vote threshold at the parliamentary elections of October 28, 2012. "We can win not only  5 percent, but more,"  said Yushchenko.