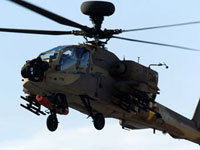 Prime Minister Saad Hariri on Tuesday wrapped up a two-day official visit to Russia, after talks with President Dmitry Medvedev that tackled the situations in the Middle East, the stalled peace process and the means of boosting economic ties between the two countries.

During the meeting that was held at Medvedev's Gorky residence just outside Moscow, the Russian leader said: "There are joint economic projects and an opportunity for bilateral cooperation in the humanitarian field, Naharnet reports.

According to BusinessWeek, Russia will give military assistance to Lebanon, including six helicopters, 31 tanks and about 500,000 munitions for medium-sized weapons, the office of Prime Minister Saad Hariri said in an e-mailed statement today.

Russian President Dmitry Medvedev and Hariri discussed Lebanon's sovereignty and territorial integrity at a meeting today at the presidential residence near Moscow, according to Sergei Prikhodko, the president's foreign affairs adviser.

Medvedev said Lebanon should be allowed to resolve national issues without external interference, Prikhodko said in a faxed statement.