Eminent politics and leaders of European nations regard the  figure of the former UK prime minister as possible candidate for presidency in the European Union. 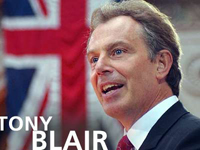 Italian Prime Minister Silvio Berlusconi has endorsed Tony Blair as his preferred candidate to be president of the European Union.

In July the then Europe minister Baroness Kinnock also said the UK would support Mr Blair, adding that he had the "strength of character" and "status" to be a success.

The presidency would be created under the terms of the Lisbon Treaty, which still has to be ratified by the Czech Republic.

There has long been speculation that Mr Blair would apply but he has not confirmed his intentions.

EU heads of government will choose who gets the post.   The functions of EU president has not been precisely defined yet.  The person is expected to chair EU summits, take on some of the functions of the current presidency of the Council of the European Union - held on a rotating six-month basis by EU heads of government - and represent the EU on common foreign and security policy.

Among the potential rivals observers consider the former Spanish prime minister Felipe Gonzalez, who is a socialist, and Jean-Claude Juncker, the veteran centre-right Luxembourg prime minister.

BBC News contributed to the report.