The White House and the Chicago organizers announced on Monday, later this week President Barack Obama will travel to Copenhagen to support Chicago's bid to play host to the 2016 Summer Games. It will be the first time an American president attended an International Olympic Committee vote and lobbied in person for an American city to become host of the Games. 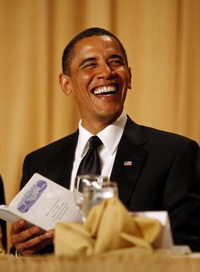 Mr. Obama had initially said that the pressing issue of health care reform would prevent him from making the trip to Copenhagen, where one of four cities Chicago, Madrid, Rio de Janeiro or Tokyo would be named the host city after Friday's vote. Mr. Obama said he would send his wife, Michelle Obama, a lifelong Chicagoan, in his place. But there were signals last week that Mr. Obama was likely to make the trip after all, and the White House sent an advance team to Copenhagen to prepare the way. The final decision was made public early Monday morning.

"President Obama and First Lady Michelle Obama symbolize the hope, opportunity and inspiration that makes Chicago great, and we are honored to have two of our city's most accomplished residents leading our delegation in Copenhagen," Mayor Richard M. Daley said in a statement. "Who better to share with members of the International Olympic Committee the commitment and enthusiasm Chicago has for the Olympic and Paralympic Movement than the President and First Lady." The New York Times reports.

It was also reported, Obama's presence was always a possibility, even as the White House initially confirmed that First Lady Michele Obama would attend and the President would likely remain in Washington. The White House sent an advance team to Denmark early last week to prepare for a possible change in plans. This morning, while the Chicago bid team was in rehearsals at the Bella Center, where the group will present its bid and answer questions from the membership, a White House staff member called Chicago 2016 staffers to confirm that Obama would take part. Bid spokesman Patrick Sandusky took out his cell phone and played the announcement as it appeared on NBC's The Today Show for bid chairman Patrick Ryan, who wanted to see it with his own eyes. Though Ryan is beyond cartwheels at this point, Sandusky noted the skip in his step in what is now the homestretch of a bidding marathon. "That's fantastic," Ryan told jumping, before jumping back into rehearsal preparations. Besides the Obamas, the Chicago delegation will include Olympic champions Michael Johnson, Jackie Joyner-Kersee, Bart Conner and David Robinson, as well as Chicago Mayor Richard Daley and talk show host Oprah Winfrey, SI.com reports.

In the meantime, leaders from the competing countries are also expected to attend the IOC meeting, maintaining what is becoming a political Olympic trend.

British Prime Minister Tony Blair played a key role in landing the 2012 Olympics for London. So did Russian President Vladimir Putin when the IOC awarded the 2014 winter games to Sochi.

Obama promoted Chicago's bid during an Olympic event at the White House on Sept. 16, saying there is no better city for the games than his adopted hometown.

"It's a city of broad shoulders and big hearts and bold dreams," Obama said. "a city of legendary sports figures, legendary sports venues, and legendary sports fans. A city like America itself, where the world's races and religions and nationalities come together and reach for the dream that brought them here," USA Today reports.