The BBC has defended Andrew Marr's decision to ask Gordon Brown about his health yesterday on the flagship BBC1 Sunday morning politics show. 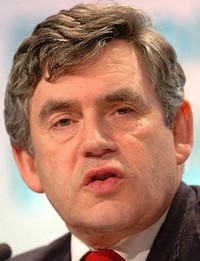 A spokesman for the BBC said: "Andrew was asking a legitimate question about the health of the leader of the country."

The spokesman refused to be drawn on whether Marr and the editor of The Andrew Marr Show, Barney Jones, consulted executives at the BBC before deciding to ask the prime minister whether he was taking prescription medication.

He said he did not know how many complaints the BBC had received from viewers, if any, guardian.co.uk reports.

It was also reported, Lord Mandelson today criticised "extreme rightwing figures" for circulating rumours on the internet which led to Gordon Brown being asked on the BBC whether he had been prescribed medication to help him cope with the pressures of his job.
The question has sparked fury among delegates at Labour's conference in Brighton, with former minister Caroline Flint this morning branding it "despicable".
Mandelson said it was "absolutely ridiculous" to suggest the PM had a problem with pill use, and blamed politically motivated bloggers for raising the possibility.

"We have seen out there on the Internet, the blogosphere, all these extreme rightwing people trying to put these smears and rumours about, all completely groundless," he said in an interview on GMTV, guardian.co.uk reports.

News agencies also report, when the prime minister was pressed by his BBC interviewer Andrew Marr on whether he was dependent on prescription drugs to help him "get through", Brown said tersely: "No."

The polls gave Labour little comfort. A ComRes survey for the Independent newspaper on Monday showed the Conservatives on 38 percent and Labour level with the Liberal Democrats on 23 percent.

Brown indicated he will seek to regain the policy initiative by promising to introduce a law requiring the budget deficit to be halved by 2014.

Brown admitted in the interview he sometimes wondered whether people thought someone else could do a better job as prime minister.

But despite the fact Britain remains in recession -- while France, Germany and Japan have all emerged from it -- Brown said he was in "no doubt" he had taken the right decisions over the financial crisis, AFP reports.