China to Contribute to Solution of Global Warming Problem

China assured for the first time to cut its greenhouse-gas emissions in proportion to economic growth in a new effort to struggle global warming that lacked numerical goals. 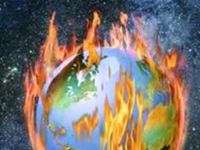 China to Contribute to Solution of Global Warming Problem

President Hu Jintao offered to reduce the so-called carbon intensity of factories and power plants in the world’s third- biggest economy by an unspecified amount at a United Nations summit on climate change yesterday in New York.

China unveiled the initiative less than three months before it joins about 190 nations in Copenhagen for a final round of negotiations on a new climate treaty. The offer, a step forward in talks over how to rein in industrial emissions, causaed criticism for its lack of detail.

“Conceptually, it’s an important breakthrough,” said Elliot Diringer, who oversees international strategies at the Pew Center on Global Climate Change in Arlington, Virginia. “But the critical questions are how ambitious a target they will set and whether they’d be willing to commit to it internationally.”

China, which before yesterday hadn’t cast efforts on climate change in terms of a carbon-dioxide reduction, will target the amount of heat-trapping emissions produced for every unit of gross domestic product, Hu said.

“We will endeavor to cut carbon-dioxide emissions per unit of GDP by a notable margin by 2020 from the 2005 level,” Hu said. He did not commit to add the policy to a new treaty, according to Bloomberg's report.