While the details are still cloaked in mystery, U.N. climate chief Yvo de Boer and others close to China's climate negotiating team say it will likely take the form of a "suite" of voluntary targets for emissions with domestically enforceable measures. It will include standards for China's industrial-sector emissions, automobiles and new targets for building efficiency. 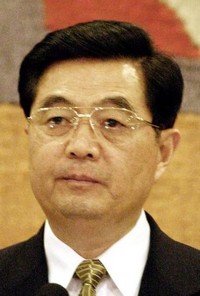 De Boer called the plan "very ambitious" and suggested it will increase pressure on the United States to commit to a target.

"It will take Chinese emissions very significantly away from where they would have been, and it will take China to become the world leader on addressing climate change," he said. "It will be quite ironic to hear that tomorrow expressed in a country [the United States] that is firmly convinced that China is doing nothing to address climate change," The New York Times reports.

It was also reported, Chinese President will address the United Nations today on climate change, as will US President Barack Obama. The two countries are the biggest emitters of the greenhouse gases contributing to global warming, and their participation is key to any meaningful climate change deal. They remain at odds, however, over the level of China’s responsibility for carbon cuts.

Neither country ratified the 1997 Kyoto Protocol, but many observers have high hopes that the two economic giants will sign on to a new deal in Copenhagen in December. About 190 countries will meet there to set new emissions reduction targets for industrialized countries, to replace the targets set by the Kyoto Protocol, which expire in 2012.

The Daily reported that China believes the US and rich countries should bear greater responsibility for tackling global warming since they are responsible for 80 percent of accumulated greenhouse gases. Beijing also believes rich countries should contribute 0.7 percent of their GDP to developing countries to help the latter adopt expensive new measures to reduce emissions, Christian Science Monitor reports.

In the meantime, China has repeatedly rejected calls for it to commit to a peak year or level of emissions, saying it must put economic development first, with millions still living in deep poverty.

Some Chinese experts have said their nation's emissions could peak around 2030-35, with enough spending and the right policies. But officials have been more wary of such ideas.

Do not expect Hu to take up that date. At most, he could indicate that his government may consider a cap when China has reached a certain level of development.

Under the Kyoto Protocol and United Nations Framework Convention on Climate Change, which currently govern global efforts to fight global warming, developing countries do not have any binding obligations to cap emissions, Reuters reports.