Poland's   open letter to Obama in July, concerning missile shield, seem to be useless. The new U.S. administration is likely to change the course. 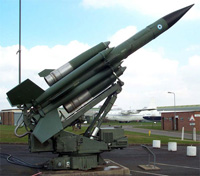 Poland sees a strong possibility that the United States will not deploy in central Europe a missile defense system fiercely opposed by Russia, a deputy foreign minister responsible for the project revealed on Thursday.

Andrzej Kremer tried to clear up the situation, saying that the White House would shelve plans to deploy the system in Poland and the Czech Republic because Iran's long-range missile programme "has not progressed as rapidly as previously estimated."

The Bush administration had pushed for the defense shield to protect against what it said was the possibility of Iran developing nuclear warheads to put on its long-range missiles. Russia sees the project as a direct threat to its own security.

In addition to this report the Poland officials forbode  that President Barack Obama may be ready to cut a deal over their heads with Russia on missile defense in return for Moscow's help in dealing with Iran.

Poland and the Baltic republics, in particular, have been alarmed by what they see as Russian "neo-imperialism" in Moscow's dealings with ex-Soviet republics such as Georgia.

This view is understandable. Poland officials explain their apprehensive saying that  without the shield the country would de facto be losing a strategic alliance with Washington.

For Poland, the timing of the report is particularly sensitive. Thursday marked the 70th anniversary of the Soviet invasion of eastern Poland following a pact between Moscow and Nazi Germany, an event seen by Poles as "a stab in the back." Reuters reported