Israeli Defense Minister Ehud Barak has approved the construction of 455 housing units in the West Bank, his office said Monday. The move comes as Israel and the United States have been increasingly at odds over the settlement issue. 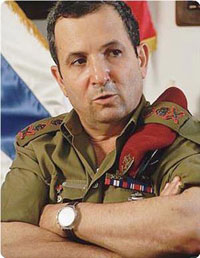 The Palestinian Authority immediately condemned the move, saying it “undermines the belief that Israel is a credible partner for peace.”

The new homes will mostly be in larger settlements close to Jerusalem, including Maale Adumim and Har Gilo, according to an e-mailed statement sent today by the Tel Aviv-based Defense Ministry. Barak also gave permission for the opening of a park for extreme sports in the more distant settlement of Ariel, Bloomberg reports.

A U.S. Embassy spokesman didn't immediately return a telephone call. But the U.S. has sharply rebuked Israel over the latest construction plans, first reported on Friday.

George Mitchell, the U.S. Mideast envoy, is due in the region within the coming week to hold yet another round of talks meant to wrest Israeli concessions that would allow the resumption of Israel-Palestinian peace talks, The Associated Press reports.