Google Explains Why You Didn't Have Gmail service

Google has issued an apology after a "miscalculation" caused a blackout of its Gmail service, affecting the "majority" of its 150 million users. 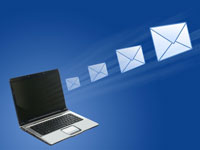 Google Explains Why You Didn't Have Gmail service

The firm described Tuesday's two-hour outage as a "big deal" and said it was investigating ways to ensure it did not happen again.

The disruption was caused by an error during "routine upgrades" to the company's web servers, it said.

"We know how many people rely on Gmail for personal and professional communications, and we take it very seriously when there's a problem with the service," said the firm's Ben Treynor in a blog post.

"Thus, right up front, I'd like to apologise to all of you - today's outage was a big deal, and we're treating it as such."

He said the problem occurred when engineers took some of Gmail's servers offline to perform routine upgrades, BBC News informs.

According to PC World, when Gmail went down Tuesday, many users were left without access to their e-mail for nearly two hours. After Google had sorted out the mess, the company said in a blog post the cause of the outage was overloaded servers. Sound familiar? Google gave a similar explanation in May after a widespread service outage left 14 percent of Google users across the globe without access to many of the search company's services.

But despite previous failures, many people still believe in Google's reliability and trust that their data will always be there. PC World contributing editor Harry McCracken, for example, was kicking himself yesterday for not downloading a backup of his e-mail using Gmail's offline feature or with an e-mail client like Microsoft Outlook or Mozilla Thunderbird.

Google says since the outage it has already "increased request router capacity well beyond peak demand to provide headroom," and determined that "request routers don't have sufficient failure isolation" -- so if there's a problem in one datacenter, it shouldn't affect servers in another datacenter, informs Mediapost.com.