Moldovans are voting Wednesday in parliamentary elections, three months after accusations of government vote-rigging touched off street violence. The elections could shift the former Soviet republic's focus away from Russia and toward the European Union. 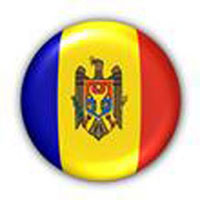 Polls suggested the ruling Communist Party was leading with about 31 percent, but analysts said four pro-European parties could win a combined 33 percent and form an alliance to elect the impoverished country's next president and move the country toward the West, The Associated Press reports.

Polling stations opened at 7 am (0400 GMT) under sunny skies for 14 hours of voting to chose a new Parliament, which is in turn to pick a new president for the impoverished, landlocked country bordering Ukraine and Romania.

The delayed election was necessary after the Parliament chosen in April 5 elections could not decide on a successor to Voronin, 68.

The opposition boycotted the presidential vote after Voronin's critics accused Moldovan authorities of committing fraud in the April election.

Although international observers had declared that the election with a few exceptions was conducted democratically, the charges of fraud prompted riots to break out in the capital, Chisinau, with looting and government buildings being set on fire.

Observers said they fear that another victory by the Communists would cause another round of protests as the country endures the worst political and economic crisis in its history, Monsters and Critics.com reports.

Meanwhile Russia, which keeps a military contingent in Moldova's pro-Moscow separatist Transdniestria region and supplies over 90 percent of the nation's energy, backs Voronin and promised $500 million in loans to help the country in the global crisis.

In Romania, President Traian Basescu openly supports the opposition and public interest in the vote is high, The Washington Post reports.