The U.S. special envoy to the Middle East, George Mitchell, is to visit Syria on Friday as part of U.S. efforts to improve ties with Damascus and forge Arab-Israeli peace, the State Department said on Thursday. 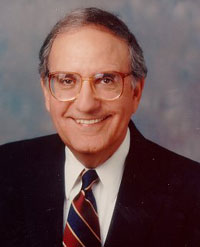 Mitchell, who is currently in Abu Dhabi, will also visit Israel and the Palestinian territories this weekend and then go on to Bahrain and Egypt, said State Department spokesman P.J. Crowley, Reuters reports.

State Department spokesman Philip Crowley pointed out that the visit is aimed at "trying to see what Syria's prepared to do, you know, to move towards a comprehensive process".

"We're also trying to develop... bilateral issues that we have with the Syrians as well. I would imagine both of those will come up," he added, PRESS TV reports.

The Obama administration has held a series of meetings with Syrian officials and hopes the diplomatic effort will encourage Damascus to play a positive role in the peace process and relinquish its ties with Iran, The Jerusalem Post reports.