Silvio Berlusconi Admits He Not a Saint

According to the ANSA news agency Italian Prime Minister Silvio Berlusconi, facing a snowballing call girl scandal, Wednesday urged his detractors to understand that he is no saint. 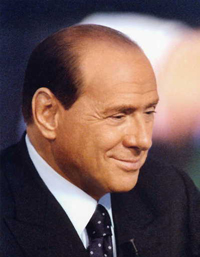 Silvio Berlusconi Admits He Not a Saint

"I'm not a saint," the billionare leader said at the inauguration of a highway construction project in northern Brescia.

"You understand that, and let's hope the people at La Repubblica understand that," he added, referring to the left-leaning daily that has carried an unending stream of reports on the prime minister's alleged peccadilloes since late April, AFP reports.

The controversy took on new life this week when tapes emerged of a purported conversation with call girl Patrizia D'Addario at his Rome residence.

In one recording, Mr Berlusconi is allegedly heard asking the call girl to "wait by the big bed", while in another she is told that Berlusconi does not wear a condom by businessman Giampaolo Tarantini, 34, who is said to have recruited the women for the parties.

Later Berlusconi spoke to a meeting of the executive of his People of Freedom Party and said that the attacks on him “don’t touch me”.

He sadded: “Let’s forget about all this low level stuff that does not injure me at all. I’m absolutely convinced that the Italians are not the blockheads the Left would like to make out,” Telegraph.co.uk reports.

Meanwhile Mr Berlusconi signalled his confidence on Wednesday, saying he expected to still be in power in 2012 when the road is to be completed. "We'll still be here," he said. "What would Italy do without us?" The Press Association reports.