Iceland to Join EU within 3 Years

An Icelandic foreign ministry spokeswoman said on Friday that Iceland handed in an application to join the European Union to the Swedish EU presidency. 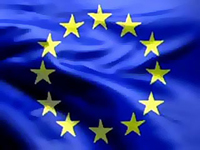 Iceland to Join EU within 3 Years

"The (Icelandic) ambassador to Sweden has met with the secretary of state and has handed in to him the application of accession to the EU," said Urdur Gunnarsdottir.

Iceland 's parliament on Thursday narrowly backed the government's plan to begin talks to join the 27-nation bloc, months after a meltdown of the north Atlantic island's economy amid the global financial crisis, Reuters reports.

Welcoming Iceland's application, European Commission President Jose Manuel Barroso said: "The decision of the Icelandic Parliament is a sign of the vitality of the European project and indicative of the hope that the European Union represents. Iceland is a European country with long and deep democratic roots," CNN International reports.

Iceland is already a member of the European Economic Area and as such has applied many of the EU "acquis" or legislation, which should guarantee speedy entry. The government hopes to join within three years.

"I think it would be the speediest in the history of the EU," said European Policy Centre expert Amanda Akcakoca.

"Iceland could join very quick because it is so much aligned with the EU in so many areas, but it will depend on how long it takes to resolve this conflict between Croatia and Slovenia," she said.