British PM Criticised after Death of 8 Soldiers in Afghanistan

British troops in Afghanistan will hold a private memorial service to remember the eight soldiers who were killed last week in a single 24-hour period. 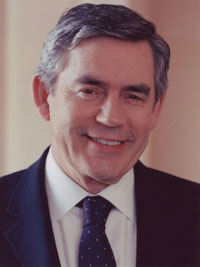 British PM Criticised after Death of 8 Soldiers in Afghanistan

Tributes will be paid at Camp Bastion, a day after it emerged that three of those killed on Friday were just 18, BBC News reports.

Meanwhile British Prime Minister Gordon Brown has come under renewed pressure over his country's military involvement in Afghanistan after a surge in British troop fatalities which overtook the death toll in Iraq.

Brown said operations in Afghanistan were "showing signs of success" despite the death of eight soldiers in a 24-hour period as troops battle Taliban insurgents in troubled southern Helmand province.

"I think the operation we are engaged with is showing signs of success. Our troops are making progress as they attempt to make the area safe," Brown said in an interview Sunday with the British Forces Broadcasting Service, AFP reports.

Amid a growing political row about the future of Britain’s role in Afghanistan, Liam Fox, the shadow defence secretary, said that the Prime Minister had “catastrophically” under-equipped the Armed Forces.

Mr Fox said that Mr Brown was now “resorting to spin rather than confronting the life-threatening reality” that the troops faced. For this government to have sent our young people into battle without adequate equipment and protection is the ultimate dereliction of duty,” Mr Fox said, Telegraph.co.uk reports.