Britain dances to US tunes threatening Russia with political fallout 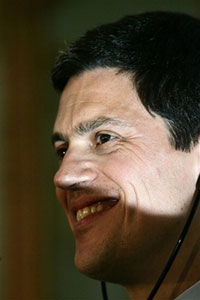 Britain dances to US tunes threatening Russia with political fallout

He told BBC radio that Russia was guilty of an act of "blatant aggression" against its neighbor.

Miliband says the political fallout from the conflict could include Russia's isolation from the Group of Eight industrialized nations. He is traveling to Brussels, Belgium, for talks on Europe's response.

The lawmaker told the BBC that the Kremlin had acted as if the Soviet Union had never disintegrated.